you certainly have noticed some annoying bugs in D2X-XL since renderpath 1 has arrived.

Diedel can not reproduce them on his system, so it is difficult for him to localize the problems.

My intention with this thread is to collect information to help with understanding any problems and localize their cause in the source code.

This thred is not a bug reporting thread!

If you find new bugs post them in SF.net, if they are not already listed there.

You can ask aus-red5, diedel or me to add your bug to the hunting thread, just send an email or pm. 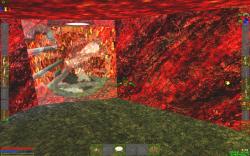 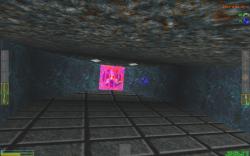 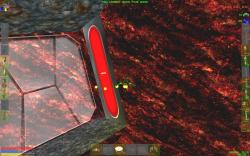 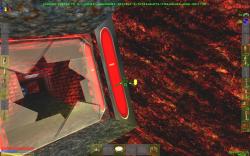 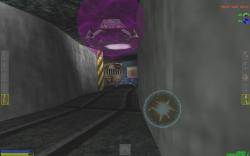 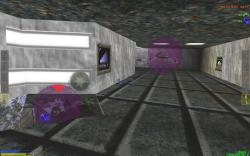 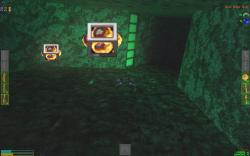 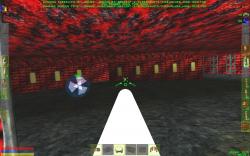 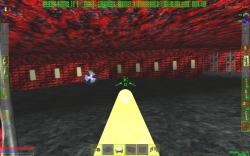 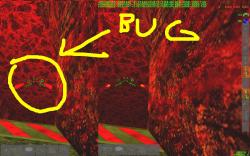 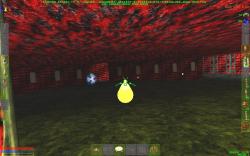 bug-description:
===========
shooting through grates does not work anymore. 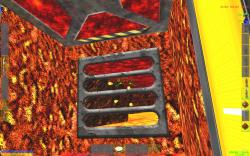 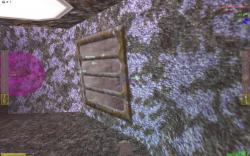 All bugs so far happen with the old render path. Why the heck don't you use the new one?

Anyway - Laser/flare translucency: Depending on whether additive blending for weapons is enabled, they make look close to opaque. If you examine the image very closely, you will however notice some of the floor's structure below the flare in the flare. Additive rendering adds the flare to the floor, hence it looks very bright and almost opaque. This is however intended and generally looks better than the alpha blending used w/o additive blending.
Top

karx11erx wrote:All bugs so far happen with the old render path. Why the heck don't you use the new one?

Anyway - Laser/flare translucency: Depending on whether additive blending for weapons is enabled, they make look close to opaque. If you examine the image very closely, you will however notice some of the floor's structure below the flare in the flare. Additive rendering adds the flare to the floor, hence it looks very bright and almost opaque. This is however intended and generally looks better than the alpha blending used w/o additive blending.

With renderpath 1, the walls disapears completly and the lasershot/flare bug is also present there. I will correct my postings.

I can not agree, the additive blending is looking better, because it makes the surfaces bad flackering and be opaque frequently.
It's looking weird and is really annoying.
>>> My new 3D-Modelling blog <<<

You just have never seen it working.

It may be, but you can not make a game for one graphic-card type only

Here I made some videos, so you can see, why I'm really annoyed about these new bugs:

I don't need a video, and know already that you are annoyed.

Hehe, I can send you my old PC with nvidia card

The problems are definitivelly not driver related.
Version 1.10.24 of d2x-xl is working very fine for me. No graphical bugs.

The problems started with 1.10.25 which added optional additive blending for coronas
and are in every version since this one.

Anyway you should look at the videos, maybe they can help you to localise the problem-cause.
>>> My new 3D-Modelling blog <<<

Sorry, you are wrong. Certain features can have different ways of processing depending on driver and hardware even if the results are looking identlical.

It could e.g. be that ATI drivers are more tolerant towards (faulty) changing of certain OpenGL states than NVidia drivers.
Top

Hmmm, there is something weird, I found now about settings stored in d2x-xl player-file.

I tested the 1.11.15, and had the same graphic-problems like posted in bug-report.

I thought "it could not be!, there is something very wrong!"

So, I started to analyse logically, what could be the cause of this problem, if it's possible not the game code alone.

So I deleted the player-profile-autoload in d2x.ini and made new player:

What now happened was blowing my mind.

- my screen was black, i was able to see only lasershots and some walllights

- i was unable to move, so I tried to configure my controls. it was not possible to configure mouse-view , after some tries the game crashed to desktop

- tried to shot, all semms to be ok.
- tried to fire a rocket, weird effect, the smoke is very dense an looks like squared grates ?

, after third rocket the game is crashed to desktop again , LOL

- after this, I tried to move forward, the game crashed to desktop.

So I assume:
----------------
there is something weird with settings stored in player-file.
If you make a new player, some setting are not set correctly, or they are not set anyway, maybe set to nothing.
This seems to confuse the game-engine and lead it to produce very weird bugs and problems, which can not be reproduced by another people.
Depend on, how old is your player profile an which settings are set correctly.

I hope this help Diedel to localize the problem core, which seems to be in settings stored in player-file

P.S. You can reproduce this, just create a new profile and try to play the game

I bet, it will be impossible

P.S.II:
I can do, what I want, i tried to use default-settings, satndard and expert mode, tried to set every option.
Nothing helps, the game look good now with the new profile(np lasershot bug), but crashes to desktop after few seconds...
>>> My new 3D-Modelling blog <<<

I will look into that.

One thing: Turn lightnings off for the time being.

The dark levels are caused by the light range being set to the lowest value when creating a new player profile (will be fixed).

Apart from that I had none of these problems with a new player file.
Top
Post Reply
68 posts