Wow almost a decade since I last posted here!

Welp, I don't know who else is out there on these forums these days but I thought I would drop a line anyway.

Thanks. I plan to have it done shortly. I just have to give myself a crash course on DLE-XP. I've pretty much forgotten how it works

Hi Yokel,
sorry for late answer but I didn't get a notification from your post.
I must say that I'm not a realy good gamer, I'm much to slow

I've fixed a lot of things already. Level 1 is less of a pain. In level 1 It's safer to skirt around the red key area from the start. I no longer feel inhibited from going near that place without the plasma cannon, which is the way I wanted it to be from the beginning

An i7 is definitely more powerful than the i5 I currently use. How long does it take you to pre-calc lightmaps usually, Pumo? Just asking in case its just me 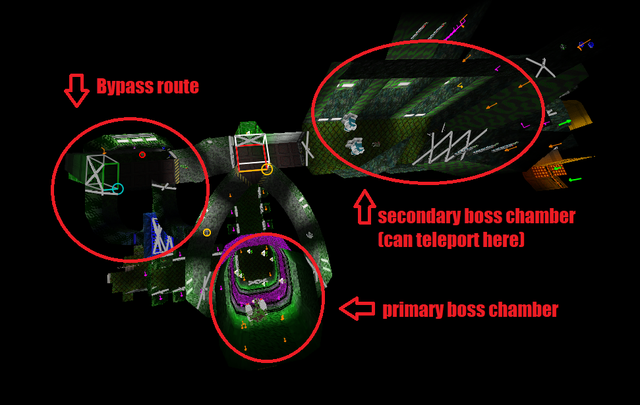 I finished applying all the changes and fixes I intended. Overall the game is much, much fairer

not shure if he get a notification because I get no one. Since some time I have a new email and I was not able to change them in user settings. I always get an error that this page is not working correct. Seems the forum software is not up to date.
Top

E-mail is what I'd use, the forum is pretty inactive these days so he may not check it much. You can upload it on enspiar.com/dmdb in the meantime - generally good practice to have it there anyway since it's the first place people look for levels nowadays.
Top

Thanks Sirius, I'll check that site out

Sorry for continued delays. I have plans on how to fix my two aforementioned problems. I believe I can solve my transparency problem by making a new texture and I can solve my boss robot problem by reverting back to older versions before I messed with any boss robots. I'm just dealing with a bunch of unrelated other projects in the meantime but I do want to get this out of the way and work on fixes for Dimensional Intersect next
-Core i5 4690 3.5Ghz--GTX 1070 8GB--16GB DDR3 800--Z97 Extreme4--512GB SSD/2TB HDD--Zalman Z11 case-

Users browsing this forum: No registered users and 10 guests